who turned out the lights theatre 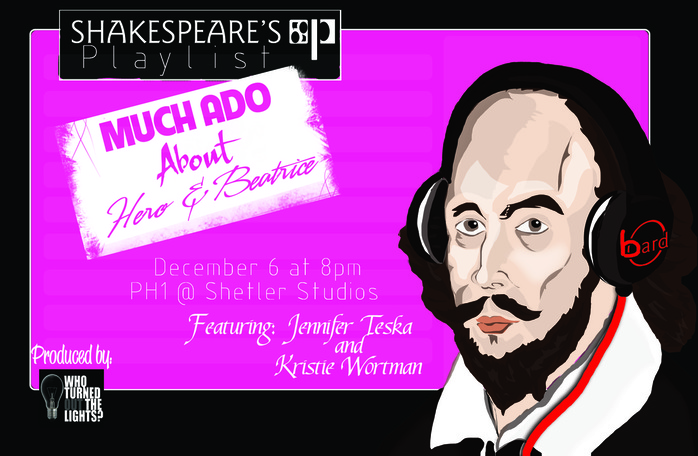 The idea behind Shakespeare's Playlist is to do a cabaret featuring music that a specific pair of characters would listen to throughout the course of the play. This time, we are telling the story of Beatrice & Hero from the start to the end of "Much Ado About Nothing." The playlist includes everything from classic show tunes to contemporary pop music.

Tickets will be a suggested donation of $5 at the door (cash only). And what's a party without libations? We will have libations and food available for a donation as well. Any money that we raise will go towards Who Turned Off the Lights? upcoming web series, The Jane Games.

Come early to buy food & wine and do a little Christmas Shopping. On sale will be the work of d. dargan teska. She will be selling one-of-a-kind, handmade, fused glass pendants and festive holiday pins at prices ranging from $12-$35. 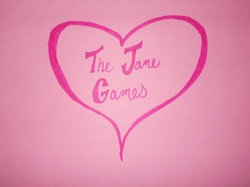 THE SET UP
"The Jane Games" is a reality show created by Jane Austen to introduce her characters to a modern audience. All of her ladies have been recreated and are living their lives as modern women, and each individually submitted an audition video to be on a reality show they believe is called "The Pursuit of Happiness."

THE CHARACTERS
The Host:
Jane Austen

THE SERIES
There are 6 events, split into 2 separate "Rounds." In Round 1, the ladies compete to figure out who their "perfect" (according to Jane) match is: they must figure out who he is in order to make it to Round 2. In Round 2, the ladies are competing for the Grand Prize, which includes cash, a vacation and  their choice of any of the 6 competing bachelors on the show.

Along the way we will see the girls become friends, become enemies, fall in love, get their hearts broken, confront surprise guests and deal with what it is to be on a reality show, each oh whom desperately wants to win the grand prize.


Find us on Facebook: The Jane Games
who turned out the lights theatre